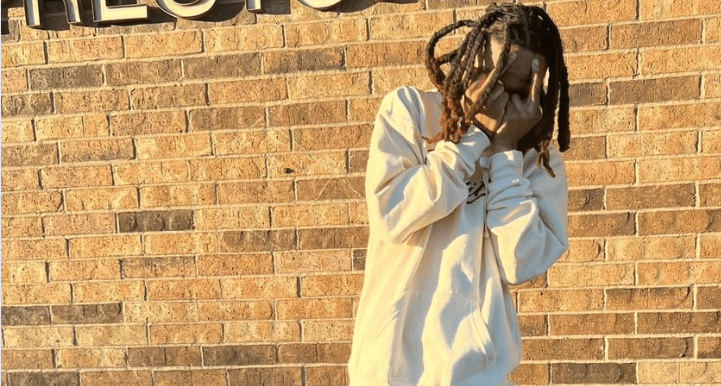 ‘THR3E’, an independent artist from Newark, NJ, the finest of the contributors in the Rap, Hip Hop and R&B world of music. Definitely an ARTIST, given his art and craft of music, you cannot just box him into a songwriter or rapper. His vision and goals for his body of work are beyond that. ‘THR3E’ is his stage name, originally known as Charles began his journey of recording songs in 2016 and finally released a number in 2018, which turned out to be a fruitful result of his blood and sweat that was gone in the making for two years. Charles has definitely come a long way to make a name for himself in his genre of music which caters to a great number of audiences now. The story behind his stage name is that his father gave him a nickname ‘3’ as he is from the third generation and that is how he came up with the idea of naming himself that. His music offers ‘Something for everything’. As per him, you got to understand it in-depth to fully revel its joy. We gather how writing a song for an artist is a whole effortful process. Whenever THR3E sits down to pen his lyrics, he unravels his current mood, go deep into the bag like the fries in the bottom and ponder upon the past and current events of his life and the general on-going things in the world. He does not like his mind to be caged, rather free to wander to choose its own path. He believes that is how he does not limit his creativity, breaks barriers and will be able to become a best version of himself. Charles believes there is a lot of talent from New Jersey that is still under the covers, he believes in working every day. As a kid, he was an introvert but he discovered his talent sitting on a lunch table during 7th grade. He is a firm believer of the fact that he is going to ace what he aiming for. He always had music on his mind, would go to his cousin’s for recordings and there was nothing which could hold him back, and that realization so early in life has brought him so far and will take him farther too. His story proves that Music is the best of healers as after his grandmother’s death, he resorted to his music, although most of it was sad but he managed to pass those mental hurdles that in turn made him stronger. “My family has been super supporting in making me follow my heart. I aim to win every award that is there to recognize an artist, my personal favorite would be ‘Grammy’s’. I wish to be etched in history, be talked about, be discussed like my idols, Wayne, Drake, Kendrick, J. Cole and seeing ‘’THR3E’’ there with these names would be icing on the cake”, says Charles. His first release in 2018, has been an ultimate success and is just the start to his legacy. Charles aka THR3E is one of the most genuine independent artists out there that has his own element, a thorough approach towards the niche genre and of course, his music. THR3E is on the verge of taking over the world of Rap and with a consistent rise in his fan following and listeners globally, time is not far when he’ll be recognized as one of his kind. Get to know more about him on his Instagram @thr3e.ctm
Tagged as Charles aka THR3E is on the verge of taking over the world of Rap.