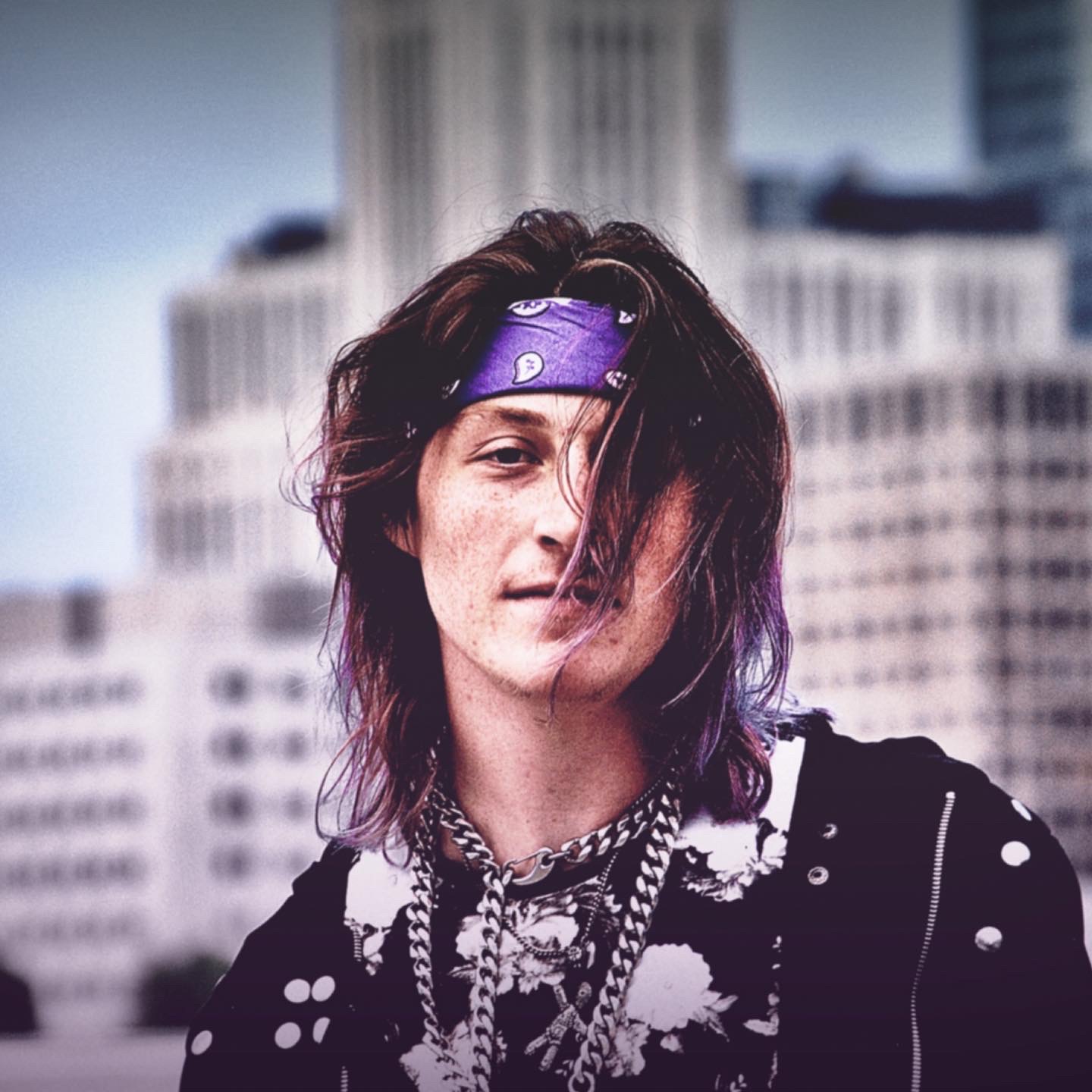 “Introducing Martyk, the next big hit in the music industry, here to bring some unique rap to the game. Rappers from Columbus, including Martyk, the state’s capital and one of the hottest states in the rap industry, have made a name for themselves among the best rappers in Ohio. Originating from Columbus, Ohio Martyk has always been enthusiastic about music. Martyk debuted his first single in the summer of 2018. Martyk creates alternative hip-hop and alternative rock music. He is an exceptional singer, rapper, and songwriter who started writing when he was in 6th grade

Martyk has the kind of music that is a blend of all music types. Martyk’s music is influenced by all kinds of artists and bands, so his music does not fall into a specific type of music. Martyk has an incredibly unique style, and he is always working towards perfecting his sound. He produces music in the hip hop, alternative hip hop, and alternative rock genres of music. He writes his lyrics to be relevant but teachable. Martyk is always trying to be open-minded, and he wants the message in his songs to be able to teach his listeners something. Martyk wants his music to be able to help others. The song has a sad message, but it could influence a change in someone to do better for their loved ones. The song is sad but has a positive message for someone in a comparable situation to create better habits and stay open-minded and positive. The possibilities are endless, and everybody has a purpose.

Martyk uses experiences of his own, loved ones’, and fans for the stories and situations in his songs. Some songs that he produces can be specific on the topics, and it works well because people can take away different things from music, which is the beauty of it. Martyk has songs that are catchy, and he is very translucent. Martyk has figured out diverse ways of making a catchy song and making it so it’s not repetitive. He occasionally changes the lyrics to further explain the message or to change the pattern in which they are delivered. So, in his creative way, he can use that to create the meaning and conclusion. Then Martyk has songs that can be more like trying to get a feeling off his chest and express himself in a way he is not able to do without music. For his creative process, Martyk is always dependent on how much negativity or positivity consumes him when he goes to create music. But he always tries to give everything a deep meaning. DCA’s mood also helps set the tone for Martyk or spark a light in his creativity. He tries to film as much of the process as he can. Martyk always writes his own lyrics. During the recording process, Martyk and DCA bounce all types of ideas and different sounds off each other to create the best sound they can imagine. Most of the topics in his songs vary depending on how specific Martyk wants them to be and how much time and thought he puts into them. He always aims to make a song that provides a comfort zone for the listener so that it is something the listener can relate to.

Martyk has his own come-up story about growing up in a suburban city in Columbus, Ohio. His family did not have as much money as anyone in his school, but his parents wanted him to go to a good school district. If he could remember, he always wanted friends and to not be alone, until he was surrounded by people that made him feel alone. Martyk started writing songs in 6th grade but didn’t record until he was a sophomore in high school when he got his own job and saved up money to buy his own music equipment. Soon after making his first 10 or so tracks by himself, his older brother started learning the production and engineering side of music, and he has engineered all his music ever since. Mark’s sophomore and junior years of high school have shaped who he is today the most. Martyk was diagnosed with bipolar depression and anxiety after a major heartbreak. He was looking for answers and found the fourteen laws of the universe, which changed his life. Martyk was working on music with DCA and his best friend, Saint Pete, every day. At the end of his sophomore year, Martyk dropped an ep and eventually released his first album, “Manifest,”””” in his junior year. While I graduated high school, his parents moved out, and he got a full-time job to take over the rent in his house with DCA. That summer (last year), they built a professional recording studio booth and opened their own recording studio. Mistakes Make Memories is their company. His recording studio is named Triple M Studios. Today, they have artists from all around Ohio come to work on music with them. They want to be a part of Ohio making its way out and Ohio having its own sound. The music that they produce is better than they ever imagined. Over time and by continuing to be the best they can be every day and staying positive. They know they can do anything they want to in life, and Martyk knows that they are about to take over and influence millions in the same way.

Martyk has always enjoyed writing because he has always had a challenging time putting everything into words and he always thinks so much. Martyk tries to take advantage of his overthinking and put it towards creativity for everything that goes into a song. So, Martyk can express himself a lot better through music. But what inspired Martyk to make music was how artists’ music would help him out. The amount of impact on someone’s life an artist can have can be such an amazing thing if you influence them correctly. Creating music helps his mental health more than anything. When he started writing music, Martyk wanted to take advantage of his mental health issues to help people feel connected to him. It would be amazing if Martyk could help somebody find purpose who struggles with mental health issues or relates to something he has been through. Martyk will realize that he can continue to develop personally and use his songs to tell stories that will assist people in similar situations to overcome their challenges, grow, and maintain their positive outlook the more adept he becomes at writing about these emotions, experiences, and situations. The more Martyk wants to give listeners a proper influence, the more he grows.

You can expect many more singles from Martyk this year. You can count on a blow-up in 2023 with an album! You can expect all his fans to have all his energy and thought for them. Martyk will be a part of creating Ohio’s sound. His brand “Mistakes Make Memories”””” and recording studio ” Triple M Studios”””” will be collaborating with the best producers and artists across the world. They have studio recordings coming soon that will be out on YouTube. The website to get booked and work with them is www.MistakesMakeMemories.com or email [email protected] They are also working on getting merchandise for people who support them. “””

Tagged as MEET MARTYK THE NEXT BIG HIT IN THE MUSIC INDUSTRY!!.